Not a member? Sign Up! Know your password? Sign In!
Fun fact: Monthly watch time on Optimize YouTube channel is 3 million minutes! Watch now...
SIGN IN | SIGN UP
Every moment of our lives we are either growing or dying—and it’s largely a choice, not fate. Throughout its life cycle, every one of the body’s trillions of cells is driven to grow and improve its ability to use more of its innate yet untapped capacity. Research biologist Albert Szent-Gyoergyi, who was twice awarded the Nobel Prize, called this syntropy, which he defined as the “innate drive in living matter to perfect itself.” It turns conventional thinking upside down…As living cells—or as people—there is no staying the same. If we aim for some middle ground or status quo, it’s an illusion—beneath the surface what’s actually happening is we’re dying, not growing. And the goal of a lifetime is continued growth, not adulthood. As Rene Dubos put it, “Genius is childhood recaptured.” For this to happen, studies show that we must recapture—or prevent the loss of—such child-like traits as the ability to learn, to love, to laugh about small things, to leap, to wonder, and to explore. It’s time to rescue ourselves from our grown-up ways before it’s too late.
Robert Cooper
Quotes On ActChoiceDyingEnergyExploreFateGeniusGrowthLaughLearnLifeLivePeoplePerfectPotentialSyntropyThe MomentThinkThinkingWarWinYinZen
Share 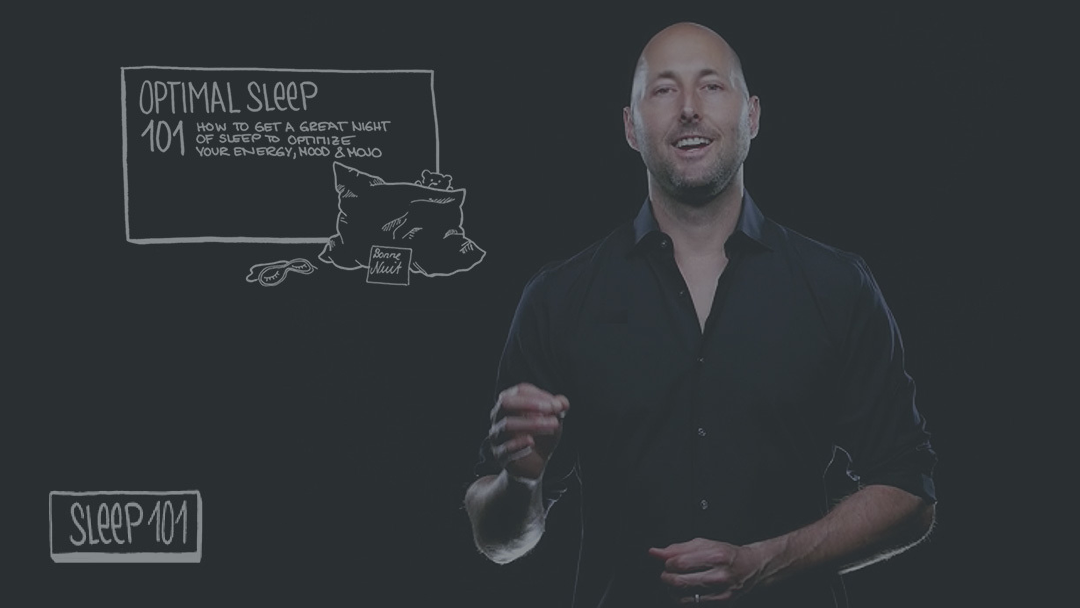 Optimal Sleep 101How to Get a Great Night of Sleep to Optimize Your Energy, Mood and Mojo

Sleep. It’s the secret sauce to optimal living. In this class, explore my Top 10 favorite Big Ideas on how to create consistent, great night’s of sleep to optimize your energy, mood and mojo. We’ll start with why, unpack the kryptonites that get in the way, set some curfews and get you sleeping like a champ.