“The story you are about to read has waited patiently for 2,500 years to be told. Doggedly persisting within the annals of history for centuries and millennia, the legendary tale of the first marathon has remained resolute in enduring the test of time, untiringly awaiting the splendor of its full revelation.

Anecdotal bits and shards have surfaced throughout the years—most famously the tale of the fabled run by Pheidippides (fye-DIP-ə-deez) from the battlefield at Marathon to Athens—but a deeper, more investigative assessment of what truly transpired during this very first marathon has yet to be told in a single, unifying narrative.

The saga awaiting you tells the remarkable journey of a single, inspired athletic endeavor that forever preserved the course of humanity, the means by which this tremendous accomplishment was achieved being something that all humans, despite our many differences and disparities, have shared in common since the dawn of antiquity: our ability to put one foot in front of the other, and run.”

~ Dean Karnazes from The Road to Sparta

Do you know why we call our modern marathon a marathon?

You may think you know the real story behind the very first marathon, but in this captivating, inspiring tale, Dean Karnazes gives us a deeper look at the man who, 2,500 years ago, ran the first ULTRAmarathon and, in doing so, effectively saved Western civilization. :)

The book reminds me of Natural Born Heroes by Christopher McDougall. Both feature incredible human beings performing heroic feats of endurance during times of war. And, both take place in Greece. Natural Born Heroes during the Cretan resistance fighting of World War II and Road to Sparta in 490 BCE at the Battle of Marathon.

Dean Karnazes is a fascinating human.

Time magazine recognized him as one of the Top 100 Most Influential People in the World while Men’s Health says he’s one of the 100 Fittest Men of All Time. He’s competed on all seven continents, including a 350-mile run, a 135-mile ultramarathon across Death Valley, and a marathon to the South Pole in negative 40 degrees. In 2006, he ran 50 marathons, in all 50 US states, in 50 consecutive days, finishing with the NYC Marathon, which he completed in three hours flat. <— Uh, wow.

If you’re into heroes journeys and sports (particularly endurance sports!), I think you’ll love the book. It’s packed with great stories and Big Ideas sure to fire you up. (Get a copy here.)

I’m excited to share a few of my favorites so let’s jump straight in! (Note: Spoiler alert!!! I’ll be sharing some of the surprises in the book so… :) 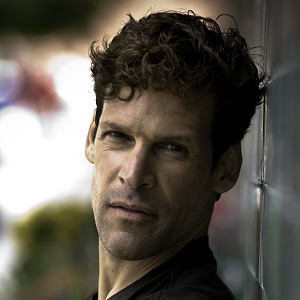