“Four case studies will reveal these vastly different men in action during defining events of their times and presidencies. These four extended examples show how their leadership fit the historical moment as a key fits a lock. No key is exactly the same; each has a different line of ridges and notches along its blade. While there is neither a master key to leadership nor a common lock of historical circumstance, we can detect a certain family resemblance of leadership traits as we trace the alignment of leadership capacity within its historical context. …

It is my hope that these stories of leadership in times of fracture and fear will prove instructive and reassuring. These men set a standard and a bar for all of us. Just as they learned from one another, so we can learn from them. And from them gain a better perspective on the discord of our times. For leadership does not exist in a void. Leadership is a two-way street. ‘I have only been an instrument,’ Lincoln insisted, with both accuracy and modesty, ‘the antislavery people of the country and the army have done it all.’ The progressive movement helped pave the way for Theodore Roosevelt’s ‘Square Deal,’ much as the civil rights movement provided the fuel to ignite the righteous and pragmatic activism that enabled the Great Society. And no one communicated with people and heard voices more clearly than Franklin Roosevelt. He absorbed their stories, listened carefully, and for a generation held a nonstop conversation with the people.

‘With public sentiment, nothing can fail,’ Abraham Lincoln said, ‘without it nothing can succeed.’ Such a leader is inseparably linked to the people. Such leadership is a mirror in which the people see their collective reflection.”

I received this book as a gift from Cal Newport. It’s phenomenal.

Doris Kearns Goodwin has been studying presidential history and leadership for five decades when she first became a professor at Harvard. She won the Pulitzer Prize for No Ordinary Time: Franklin & Eleanor Roosevelt: The Home Front in World War II. Her bestseller Team of Rivals was the basis for Steven Spielberg’s Academy Award–winning film Lincoln.

In this book, she walks us through four case studies in leadership: Abraham Lincoln, Theodore Roosevelt, Franklin D. Roosevelt, and Lyndon B. Johnson.

The book has three parts:

If you enjoy studying leadership like I do, I think you’ll love this book as much as I did. Get a copy of the book here and cruise on over here to check out Leadership 101 and our collection of Notes on other great leadership books.

Of course, it’s packed with (biographically inspired) Big Ideas and I’m excited to share some of my favorites so let’s jump straight in! 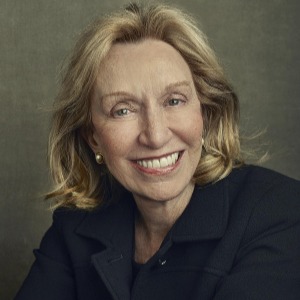