“The American creed has been defined by countless thinkers and activists and politicians since the beginning of the nation as a set of ideals that govern our existence—an appreciation for the individual, a thirst for equality, the demand for liberty, the quest for justice. Martin Luther King, Jr. in 1963, six years before Shawn Corey Carter was born, stood in Washington, D.C., on sacred civic ground in front of the Lincoln Memorial on the National Mall and dreamed out loud about an America that one day ‘will rise up and live out the true meaning of its creed: ‘We hold these truths to be self-evident, that all men are created equal.’ Through all of Jay’s hustling, versifying, and politicking, the American creed as King expressed it is what the self-proclaimed King of New York has in his own way sought to embody. It is the right time to gauge JAY-Z’s stride toward freedom as a cultural colossus and to take measure of his profoundly American desire to rise to the top here and around the globe while never forgetting the place and people from whence he came.

In many ways, this is JAY-Z’s America as much as it is Obama’s America, or Trump’s America, or Martin Luther King, Jr.’s America, or Nancy Pelosi’s America, or Maxine Water’s America or Alexandra Ocasio-Cortez’s America. JAY-Z has given this country a language to speak with, ideas to think through, and words to live by. His lyrics have shaped the self-understanding of a culture that grapples daily with racial and social justice. He is an important thinker and consequential artist, and instead of looking at hip hop or his life through the lens of, say, civil rights, or social respectability, or mainstream politics, it is time to see America through JAY-Z’s eyes.”

I got this book after reading Robin DiAngelo’s White Fragility. Michael wrote the foreword to that book. It was fantastic. I Googled him. Got a bunch of his books and started with this one.

Now, I think we should probably start this Note with my disclosure that I am so *not* up to speed on all things pop culture that I didn’t even know JAY-Z and Beyoncé were married. (Hah.) (“That’s like me!”)

And, I think the only song of JAY-Z’s that I’d listened to (/video I’d seen) before I read this book was Empire State of Mind. (Laughing. At myself. What can I say? I don’t get out much. :)

So… Michael Eric Dyson is one of America’s premier public intellectuals and the author of a number of New York Times bestselling books including Tears We Cannot Stop.

He’s also an ordained Baptist minister who got a Ph.D. in Religion from Princeton. And, he is a Professor of Sociology at Georgetown where he’s taught classes on “the fusion of politics, hip-hop and race relations” including “Sociology of Hip-Hop.”

He’s also been teaching classes on JAY-Z and his poetry for years. As per the inside flap, the book is the fruit of a “decade of teaching the work of one of the greatest poets this nation has produced, as gifted a wordsmith as Walt Whitman, Robert Frost, and Rita Dove. But as a rapper, JAY-Z is sometimes not given the credit he deserves for just how great an artist he’s been for so long.”

I really enjoyed the book for a number of reasons. First, Michael is a brilliant, captivating writer. Second, JAY-Z is an equally brilliant, captivating subject for Michael’s analysis. And, finally, as a white man trying to open my eyes to the realities of the racial issues in our culture, I found this book to be a perfect opportunity to deepen my perspective while appreciating two genius artists at work. If that sounds like fun, I think you’ll enjoy the book as much as I did. Get the book here.

As always, I’m excited to share a handful of my favorite Big Ideas with an emphasis on some practical wisdom we can apply to our lives Today, so let’s jump straight in. 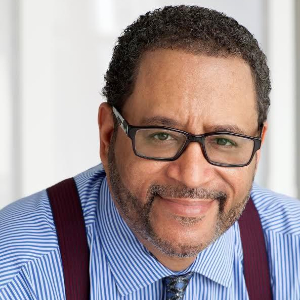