“The origin of Ted’s exuberant creativity fascinated journalists, who seldom failed to ask where he got his ideas. Never wanting to disappoint, Ted would reply earnestly and graciously that it happened on his annual visit to Über Gletch, ‘a small town in the Austrian Alps,’ where he went each year to get his cuckoo clock repaired. Another La Jolla friend spoke about this, saying that during long interviews with Ted in the final year of his life he had pressed Ted to talk about creativity. Drawing was usually easy for him, Ted said, and writing always hard. ‘I stay with a line until the meter is right, and the rhyme is right, even if it takes five hours. Sometimes, I go counter to the clock.’ He fell silent for a long moment. ‘Hmmm . . . I don’t understand what I just said, do you? ‘Well, then. That’s it! That’s the creative process!

His was a mind, his first wife, Helen, had said, that never grew up. For Ted it was not a calculated act to reach the heart of a child’s imagination because he was amusing himself at the same time. At the core of his spirit was a child’s sense of fun and curiosity. He took it to Dartmouth College, to Oxford and through the Great Depression as he struggled to learn who he might become, and it sustained him through those last days in 1991 when he looked up into Audrey’s anxious face, smiled and asked, ‘Am I dead yet?’”

We all know Dr. Seuss. But few of us know Mr. Geisel.

I got this book as a gift from my friend (Zac Zeitlin) after our families enjoyed a hike together during which we chatted about my love of Mister Rogers and the documentary featuring him: Won’t You Be My Neighbor?

Our conversation turned to another one of the most iconoclastic and influential luminaries of the 20th century: Dr. Seuss. Zac told me that this biography was one of his all-time favorites. After reading it, I can see why.

It’s a remarkably endearing biography by Judith and Neil Morgan (get a copy here) who knew Ted Geisel in the latter half of his life. “They merge their firsthand insights with scholarly research, drawing material from hundreds of letters and interviews, as well as from their subject’s notes for an unpublished autobiography. They had full access to Geisel’s voluminous papers, illuminating his relationship with both of his wives and providing instructive glimpses of his creative process. The result is a frank and felicitous biography as unique as its subject.”

The book is packed with a bunch of inspiring stories and Big Ideas.

I’m excited to share a few of my favorites so let’s jump straight in! 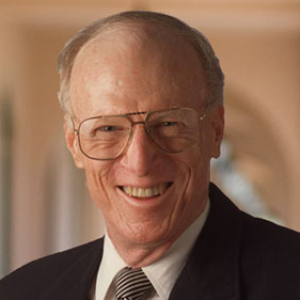