Admiral William H. McRaven is a Retired U.S. Navy SEAL who served for thirty-seven years and commanded at every level.

As a Four-Star Admiral, his final assignment was as Commander of all U.S. Special Operations Forces. (During this time, he oversaw the covert mission that killed Osama bin Laden.)

In 2014, he gave the commencement address to the graduates of the University of Texas at Austin. Millions of people wound up watching his speech on ten lessons he learned from his Navy SEAL training. (You can watch it on YouTube here.)

He wrote a great little book expanding on those ten lessons. It’s named after the first lesson: Make Your Bed. (Joining 5,000+ 5-star Amazon reviewers, I HIGHLY recommend it. Get a copy here.)

We’ll talk about why that’s his #1 tip soon.

Today we’re going to talk about lesson #4: “Life’s Not Fair—Drive On!” in which we get introduced to the SEAL version of a sugar cookie.

McRaven tells us: “It is easy to blame your lot in life on some outside force, to stop trying because you believe fate is against you. It is easy to think that where you were raised, how your parents treated you, or what school you went to is all that determines your future. Nothing could be further from the truth. The common people and the great men and women are all defined by how they deal with life’s unfairness: Helen Keller, Nelson Mandela, Stephen Hawking, Malala Yousafzai, and—Moki Martin.

Sometimes no matter how hard you try, no matter how good you are, you still end up a sugar cookie. Don’t complain. Don’t blame it on your misfortune. Stand tall, look to the future, and drive on!”

Each chapter-lesson features some wisdom gained from McRaven’s SEAL training along with some stories to bring the point home.

This lesson features a story about him becoming a sugar cookie.

In case you don’t know what a SEAL sugar cookie recipe looks like, it goes something like this: Run into the pounding surf wearing your boots and gear. Get yourself soaking wet from head to toe. Then roll in the sand until every inch of your body is covered in sand. Then go on with your day cold, wet and sandy as you enjoy that sugar cookie. 😲

McRaven tells us about a time when he was forced to do a sugar cookie. He couldn’t figure out what standard he failed to meet that resulted in the reprimand.

Here’s the dialogue with his instructor:

“‘Mr. Mac, do you have any idea why you are a sugar cookie this morning?’ Martin said in a very calm but questioning manner.’

“‘No, Instructor Martin,’ I dutifully responded.

‘Because, Mr. Mac, life isn’t fair and the sooner you learn that the better off you will be.’”

You do everything JUST right.

Bed’s made perfectly. Uniform is nice and crisp.

You’ve rocked all your fundies and executed your business (or energy or relationship) strategy perfectly.

And, even after doing your best…

Then we remind ourselves of the fact (!) that life’s not fair as we “stand tall, look to the future, and drive on!”

btw: McRaven’s instructor in that story was a guy named Moki Martin. He was the quintessential super-fit, perfect specimen of a SEAL. Then he got in an accident while training for a triathlon. Paralyzed from the legs down. “For the past thirty-five years, Moki has been in a wheelchair. In all those years, I never once heard him complain about his misfortune in life. Never once did I hear him ask, “Why me?’ Never once did he display an ounce of pity for himself.”

Here’s to embracing the inevitable sugar cookies life serves up as we, one more time: “stand tall, look to the future, and drive on!” 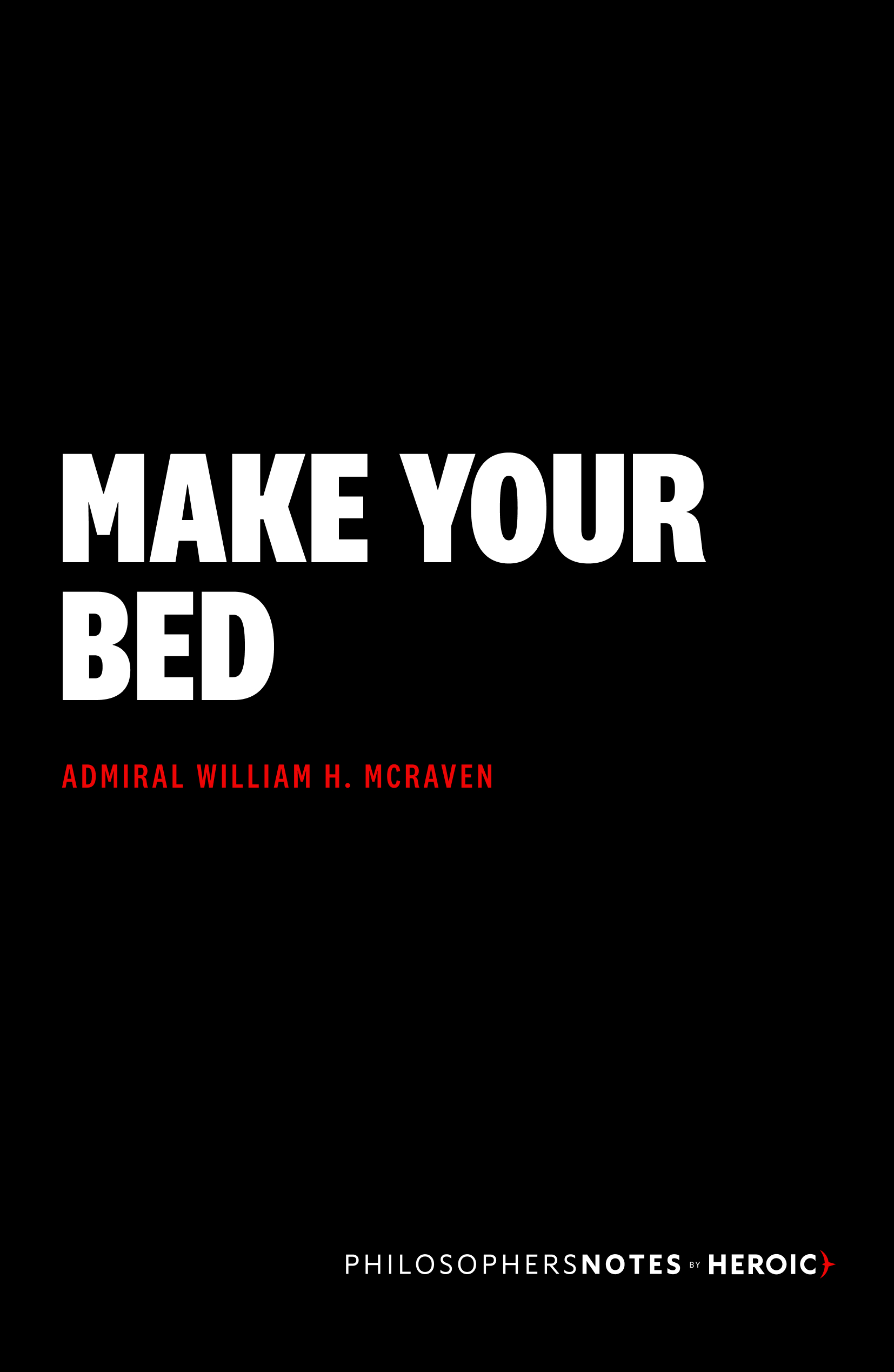 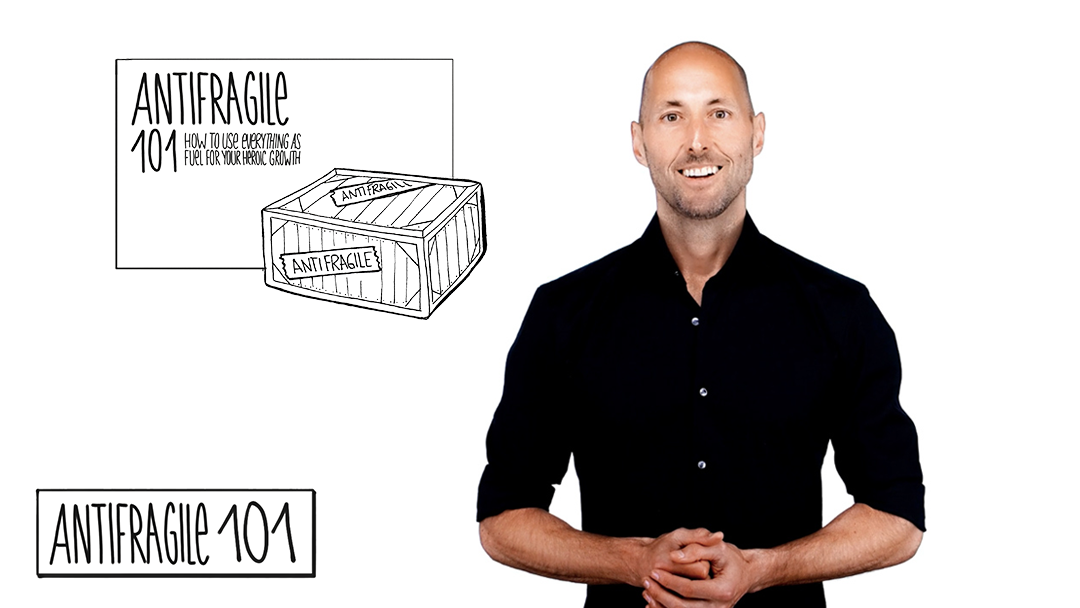 How to Use Everything to Fuel Your Heroic Growth

And Get Your Freak On

In our last +1, we talked about Trevor Moawad’s ideas behind “The Illusion of Choice.” We THINK we have a ton of choices. But, if we’re REALLY committed to actualizing our potential, we don’t. Period. (Right?) I mentioned the fact that we chatted about the ...
Get instant access to all +1's!

We’re kinda on a roll exploring some of Trevor Moawad’s peak performance wisdom from his great book It Takes What It Takes so, I say, how about another idea?
Get instant access to all +1's!

Today we’re going to continue our brief tour through Trevor Moawad’s brilliant mind and book It Takes What It Takes. As we’ve discussed, Trevor works with...
Get instant access to all +1's!

In our last couple +1s, we’ve been chatting about Trevor Moawad’s wisdom on what he calls “neutral thinking.” We started by hanging out with Russell Wilson en route to winning a Super Bow...
Get instant access to all +1's!

In our last +1, we spent some more time with Trevor Moawad and explored some more wisdom from his great book, It Takes What It Takes. As you may recall, we chat...
Get instant access to all +1's!