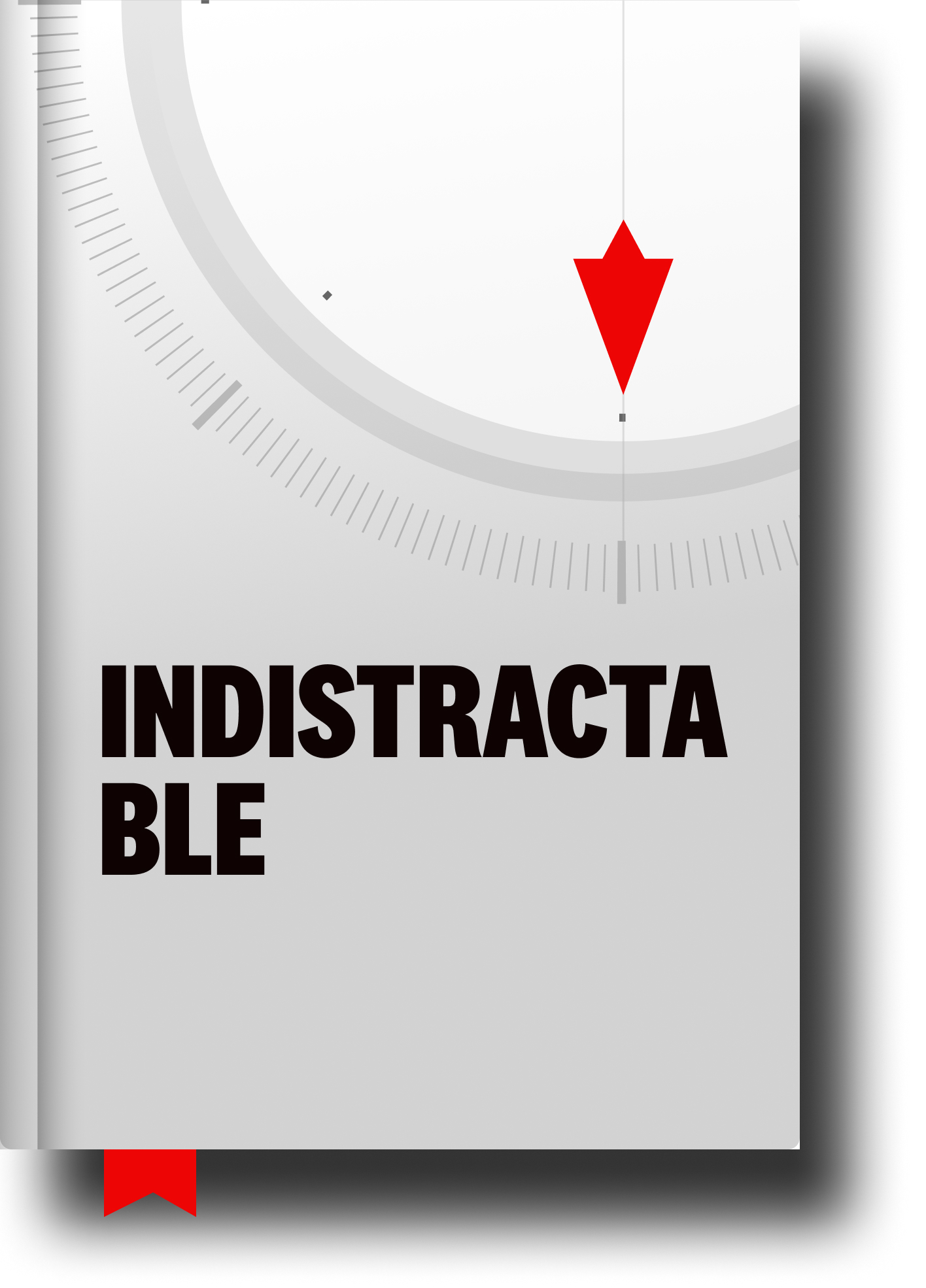 Nir Eyal wrote the playbook that pretty much all of the major tech companies use to create their super-compelling (addictive/Irresistible?) web sites, apps, etc. The book is called Hooked.

A funny thing happened. Nir found himself hooked to the very technology he helped create.

He wrote another book. This one’s called Indistractable. It’s all about how to UNHOOK ourselves from mindless use of technology so we can use technology wisely to achieve our goals. I love it. Highly recommend it.

Today we’re going to talk about an awesome distinction from that book.

Here’s Nir: “Imagine a line that represents the value of everything you do throughout your day. To the right, the actions are positive; to the left, they are negative.

On the right side of the continuum is traction, which comes from the Latin trahere, meaning ‘to draw or pull.’ We can think of traction as the actions that draw us toward what we want in life. On the left side is distraction, the opposite of traction. Derived from the same Latin root, the word means the ‘drawing away of the mind.’ Distractions impede us from making progress toward the life we envision. All behaviors, whether they tend toward traction or distraction, are prompted by triggers, internal or external.”

We think a lot about being distracted but I’ve never thought (not once!) of its opposite: TRACTION. (Have you?)

As an etymological nerd (!), I just love the origin story of these words. Let’s review.

Traction. It LITERALLY means “to draw or pull.” Distraction, on the other hand, means “drawing away of the mind.” <- Fascinating.

Second: Pick one distraction. Cross it off. Commit to not doing it Today.

-1 distraction for the +1 traction win!

Bonus: At choice points Today, remember this little distinction. Ask yourself, “Self, is this giving me traction toward being the Optimus-best me or is it a distraction?” The answer will be clear. We just need to remember to ask. And then do what needs to get done. Enough times so it runs on autopilot.

Remember: “Traction draws you toward what you want in life, while distraction pulls you away.”

P.S. This is basically exactly what we talked about in the VERY (!) first +1 on Destiny Math.