In our last couple +1s, we talked about Michelangelo and his studio.

Today we’re going to step back and chat about some historical facts regarding his ACTUAL studio.

And, we’re going to chat about that block of marble he used to carve what would become one of history’s finest masterpieces. (“Hi, David!”)

First, let’s take a quick look at the statue of David. 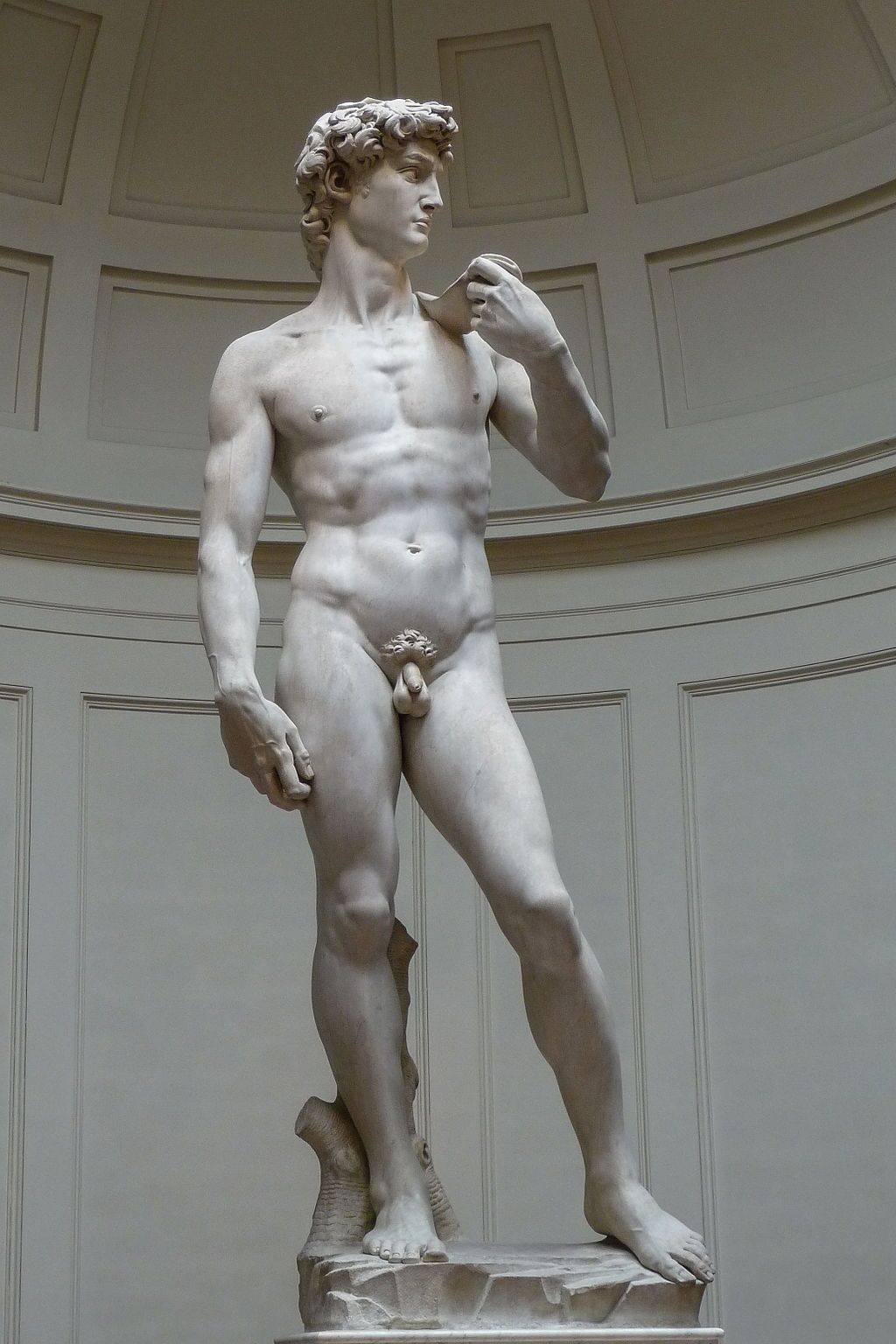 Wow. Right? It’s one of the most perfect statues ever sculpted.

It’s NOT perfect. In fact, if you look closely you’ll see that his hands aren’t quite proportional and his head is a little too big. (Gasp!)

At one point, of course, David was locked up in that block of marble.

Did you know that our beautiful 17-foot (!) David came from a block of marble that was REJECTED by two other sculptors because it had too many imperfections? (I get goosebumps as I type that.)

One of the greatest statues ever created was sculpted out of marble that wasn’t even good enough for two artists you’ve (probably) never heard of? Yah.

It took Michelangelo TWO YEARS to sculpt David. (He finished it in 1504.)

Have you ever thought about what his studio was like?

Well, it wasn’t inside with perfect climate control. It wasn’t even inside.

And, you know what? When it rained, Michelangelo got SOAKED as he worked.

Sounds a lot like what we have to work with, eh?

Let’s, as Teddy Roosevelt would say, “Do what you can, with what you have, where you are” as we sculpt ourselves into perfectly imperfect Masterpieces, shall we?