In our last +1, we talked about Martin Seligman and the science of flourishing.

Before he got into all that, Seligman was the world’s leading authority on how to learn optimism. But before he mastered that, he discovered something very interesting about how we learn HELPLESSNESS.

Here’s the short story: Decades ago, Seligman was in a lab with dogs. He split them into a couple groups. One group was given shocks but they could figure out how to avoid them easily. The other group was given random shocks that they couldn’t avoid. That was the first part of the study.

For the second part of the study, the dogs were given a shock again but this time it was super easy for all of them to learn how to avoid the shock. The group that easily escaped the shock the first time easily learned the second time.

The group that couldn’t avoid the random shocks in the first part of the experiment, didn’t even try to learn how to escape the shock in the second part — even though it was now super easy to learn. They just curled up in a ball and let the shocks continue.

They had LEARNED HELPLESSNESS.

Scientists have replicated that finding with other stimuli in studies with other animals, including humans.

But get this: Not all people learn helplessness. Some of them, even after being bombarded with “shocks” maintain an empowered response. Seligman wanted to understand what made THEM tick.

He distilled the essence of what he learned into another one of his great books called Learned Optimism. It all comes down to the 3 P’s of Optimism — which we’ll talk about in a moment.

But first, why we should care: Learned helplessness is basically a one-way ticket to depression. If you’ve been shocked by life and learned to curl up in a ball, you’ve given up your power and that leads to places we don’t want to go.

Permanence. Let’s say something challenging happens. The Optimist will say, “Bring it on. I’ll crush it and then it will pass.” The Pessimist, on the other hand, says, “Gah. Another challenge. This is always going to suck.”

Interestingly, when something GOOD happens, the Optimist and the Pessimist flip their orientations. The Pessimist, who was sure the bad thing would be permanent, thinks the good thing will be fleeting. And, vice-versa with the Optimist. Good thing? That’s here to stay!

Pervasiveness. The Optimist is able to isolate the “bad” event into one compartment of their life. If they have a challenging discussion at work, they don’t say, “My whole life sucks.” They don’t make it pervasive the way a Pessimist tends to do.

Again, the opposite happens with the good stuff. It’s only a lucky break in one part of their life for the Pessimist and another sign of all the awesomeness for the Optimist.

Personalization. Then we have the third P. If a bad thing happens, an Optimist is more likely to see the environmental circumstances that might’ve led to the event occurring while the Pessimist will take it all personally. Of course, the Optimist will have a healthy level of “needs work!” ownership when appropriate, but they won’t beat themselves up unnecessarily.

And, again, the opposite happens with the good stuff. A Pessimist thinks they must have gotten lucky and the Optimist high fives themselves for rockin’ it.

We can Learn Helplessness.

We can Learn Optimism.

How can you Optimize your Optimism just a little more today? 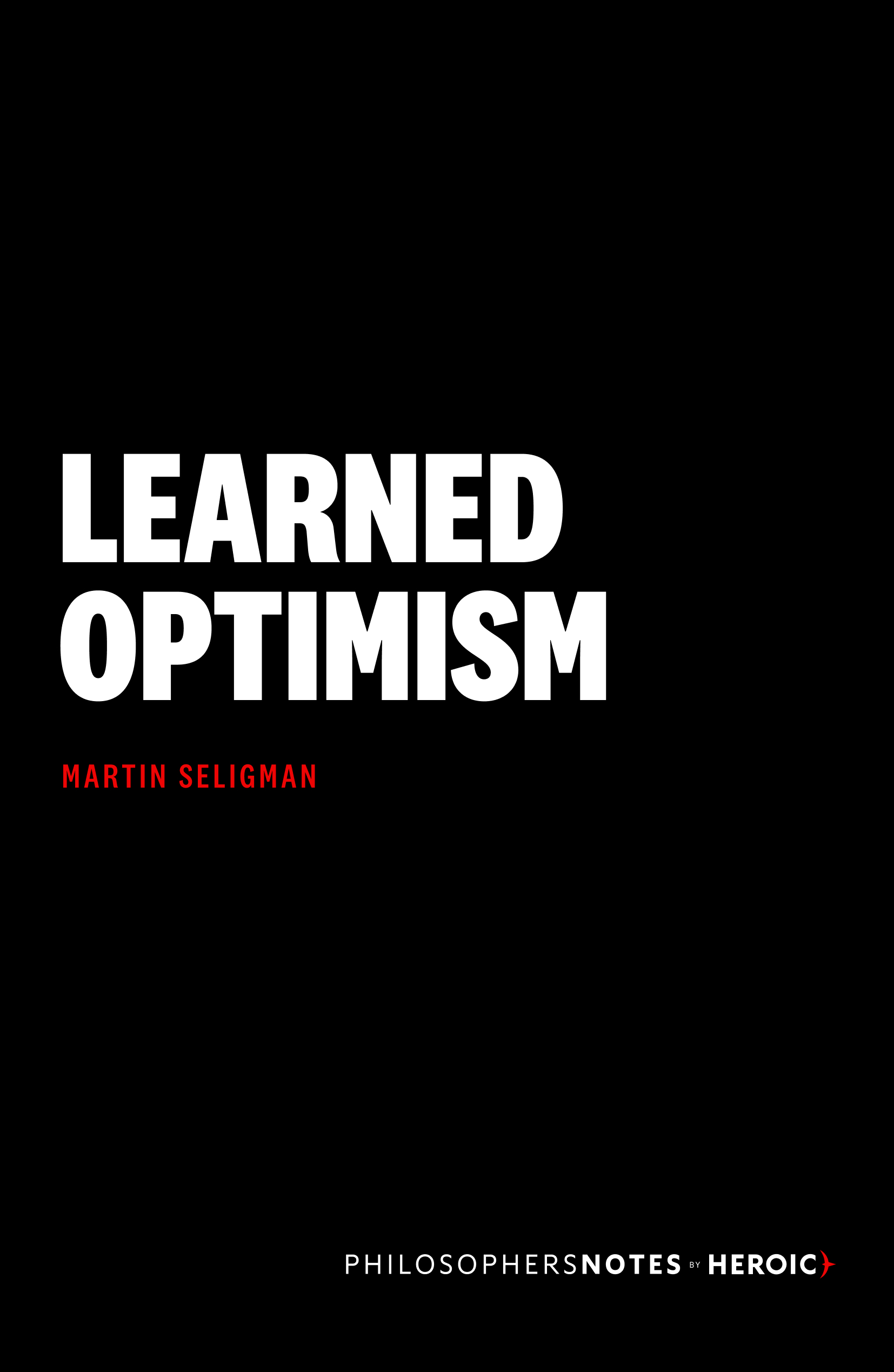 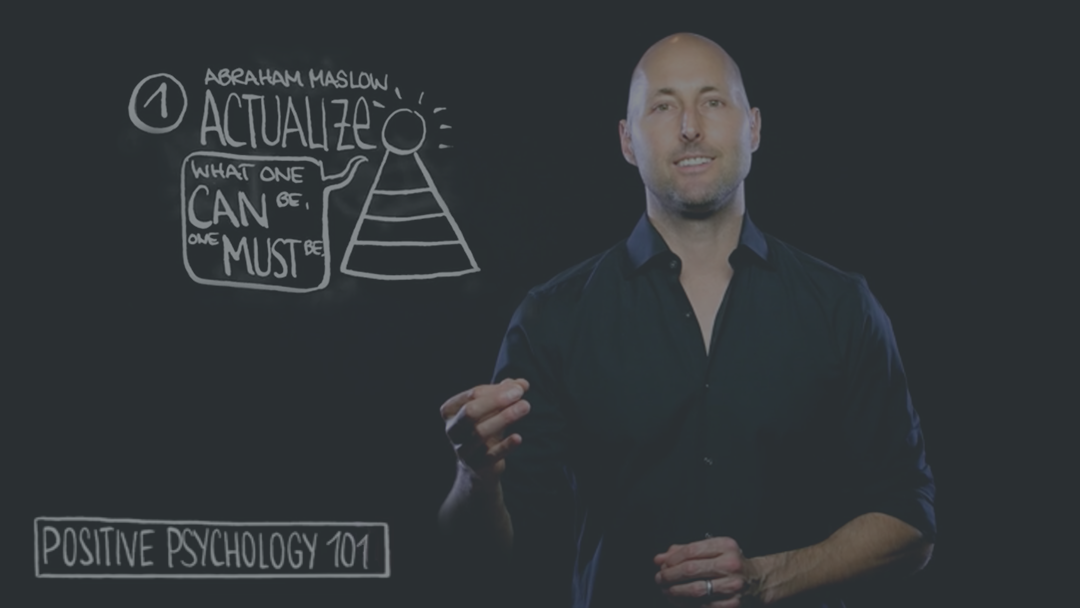 How to Tap into the Science of Optimizing + Actualizing

Is Where It’s At

As you know if you’ve been following along, I’m a big fan of mental toughness books—whether that’s coming from peak performers in the sports world or the Special Forces or other leadership roles. See Notes on:
Get instant access to all +1's!

Quit Running from Your Destiny

Scott Barry Kaufman is one of the world’s leading positive psychologists. We featured one of his earlier books called Wired to Create. So, whe...
Get instant access to all +1's!

+1 inspired by Note: Motivation and Personality

The other day, Emerson and I were doing some reading together. He asked me what the word “sin” meant. I paused for a moment, decided to pass on starting with the definition I learned in my Catholic upbringing and, rather, focus on the etymology of the word, THEN move on to th...
Get instant access to all +1's!

+1 inspired by Note: The Six Pillars of Self-Esteem

A: Every Second of My Life

In our last +1, we invited Robert Greene, Mihaly Csikszentmihalyi, and Stephen Cope to the party as we celebrated Anders Olsson’s hero’s journey. I mentioned the fact that I reread our Notes on each of their GREAT (!) books: Robert Greene’s
Get instant access to all +1's!

+1 inspired by Note: The Great Work of Your Life

This morning I was working on my Note on Anders Olsson’s great book The Power of Your Breath. I wrapped it up by featuring the hero’s journey HE had to em...
Get instant access to all +1's!

+1 inspired by Note: The Power of Your Breath