Want to create indestructible trust in yourself? Check out Confidence 101!
All Authors 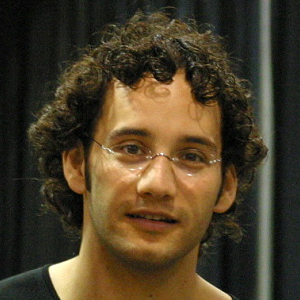 Joshua Waitzkin is an American chess player, martial arts competitor, and author. As a child, he was recognized as a prodigy, and won the U.S. Junior Chess championship in 1993 and 1994. He is the only person to have won the National Primary, Elementary, Junior High School, High School, U.S. Cadet, and U.S. Junior Closed chess championships in his career. The movie Searching for Bobby Fischer is based on his early life.

At twenty-one, Josh began to transition away from his early career in chess and into the study of the chinese martial art, Tai Chi Chuan with Grandmaster William CC Chen.

The Art of Learning

An Inner Journey to Optimal Performance

Josh Waitzkin is an extraordinary human. Ever heard of the movie Searching for Bobby Fischer? That’s the story of Josh life. Literally. After a childhood and young adulthood spent dominating chess, Josh then went on to master Tai Chi and became a World Champion. But what he REALLY became was a master of learning and peak performance. Big Ideas we explore include the two approaches to leaning, the downward spiral (what it is and how to avoid it), honoring your unique disposition, investing in loss, knowing your goal (decent, good, great, among best!), the power of stress and recovery and the ultimate secret of mastery.

What Would Your Life Look Like If THAT Was the Standard?

Josh Waitzkin is a fascinating guy. You know that movie Searching for Bobby Fisher featuring a little chess prodigy kid? Well, Josh was that kid. The movie was based on a book his dad wrote about his rise to the top of the chess world. After dominating chess as a kid and young adult, Josh found himself a...

In our last +1, we entered our World Champion You Training Camp. * Cue Rocky theme song * Here’s one way Josh Waitzkin tells us we can go about doing that. Think about you at your absolute best. And make that your new baseline. In The Art of Learning, Josh tells us about his quest to be the best Tai Ch...

How’s Yours? Join Ours!

In our last +1, we talked about the importance of Virtue Management vis-a-vis Energy Management and Time Management. At the end of that I invited you to join us for our 2020 Mastery Series and Optimize Coach programs. Today I want to tell you a little more about one of the key components of the program (...
Get instant access to all +1's!