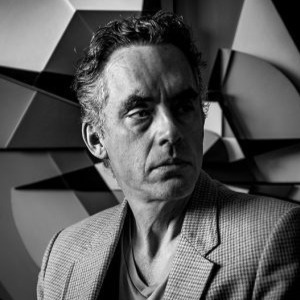 A life-changing professor of psychology at the University of Toronto.

JORDAN B. PETERSON, raised and toughened in the frigid wastelands of Northern Alberta, has flown a hammer-head roll in a carbon-fiber stunt-plane, explored an Arizona meteorite crater with astronauts, and built a Kwagu’l ceremonial bighouse on the upper floor of his Toronto home after being invited into and named by that Canadian First Nation. He’s taught mythology to lawyers, doctors and business people, consulted for the UN Secretary General, helped his clinical clients manage depression, obsessive-compulsive disorder, anxiety, and schizophrenia, served as an adviser to senior partners of major Canadian law firms, and lectured extensively in North America and Europe. With his students and colleagues at Harvard and the University of Toronto, Dr. Peterson has published over a hundred scientific papers, transforming the modern understanding of personality, while his book Maps of Meaning: The Architecture of Belief revolutionized the psychology of religion. The author lives in Toronto, ON.

An Antidote to Chaos

by Jordan B. Peterson

Jordan Peterson is one of the world's leading intellectuals. He's a Canadian clinical psychologist and professor at the University of Toronto. (Before that, he taught at Harvard.) He’s published over 100 scientific articles and he’s super-popular on YouTube. This book is wonderfully intense and equally thoughtful. Peterson’s integration of everything from evolutionary psychology, politics, religion and morality is astounding. After taking a super-quick look at all 12 Rules, Big Ideas we cover include the importance of mastering the flow or Order + Chaos (and why RULES are so important), Rule #1 (stand up straight, shoulders back! Remember lobsters...), Rule #2 (Treat yourself better! Remember pets...), Rule #6: Clean up your life (remember to start stopping...), and the fact that your Being is in your Becoming (which is connected to Rule #4...).